Two Knight's Defence
By IM Lawrence Trent
Four hours and 45 minutes
ChessBase
International Master Lawrence Trent was one of the key commentators at the London Chess Classic in December 2009, bringing the games to life for the chess public. This DVD marks his debut for ChessBase and the subject is one of the most interesting branches of 1 e4 e5.

The introduction highlights the problems of playing the Ruy Lopez; Black can prevent some of White's attacking potential with such things as the Berlin Defence. Therefore, IM Trent reasons, a switch to 1 e4 e5 2 Nf3 Nc6 3 Bc4 to take on the Two Knight's Defence offer a '...solution to all your woes'. Readily owning up to the fact that Black might well choose 3 ...Bc5 rather than the obliging 3 ...Nf6, there is a hint at a ChessBase DVD in the pipeline to help with that particular problem.

He goes on to analyse the variations relevant to his argument over the course of 24 illustrative games. White is strongly advised to take the bull by the horns with 4 Ng5. Mocked by Chigorin and Tarrasch, the jury is still out on whether or not this a duffer's move or the best try for an advantage.
The first variation to be considered is the unlikely-looking 4 ...Bc5; the Traxler Gambit. This is covered by two games. IM Trent believes that 5 Nxf7 may be the strongest with best play) but focuses on the simpler 5 Bxf7+ Ke7 6 Bd5 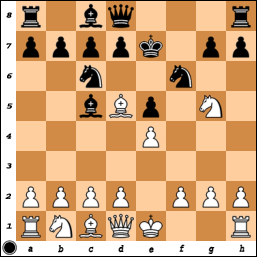 There is an interesting recommendation against the Fritz Variation. 5 exd5 b5 6 Bf1 Nd4 7 c3 Nxd5 and now 8 cxd4 ‘...probably the most underrated move in the whole system’ rather than the popular 8 Ne4. 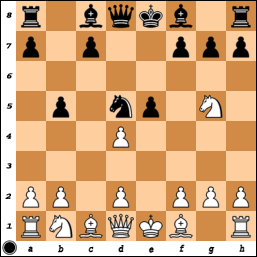 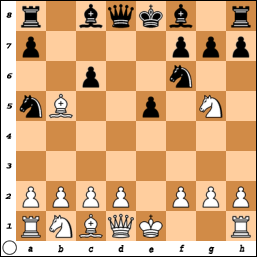 In truth, the Two Knight's Defence is rarer in tournament chess than the presenter suggests on this DVD. Nevertheless, I think it does a good job in covering the current key lines from both sides of the board. The delivery of the presentation is very good, with a strong, clear voice and consistent eye contact. IM Trent is clearly not afraid of the camera; this is an impressive debut.

French Defence Strategy
By GM Nigel Davies
Four hours
ChessBase
This DVD is all about the French Defence but (with a couple of exceptions) it keeps clear of specific opening move recommendations. Instead, it seeks to explain the various strategical pitfalls and desires of this popular, reliable opening.
The topics covered are:
Black’s Queen’s Bishop

There is an early cautionary tale from Tarrasch's game against Teichmann (San Sebastian 1912), showing the sort of thing Black must avoid falling into as regards his potentially passive Queen's Bishop, and then GM Davies look at various ways to initiate an early swap. One such example will appeal to those with a liking for unusual - yet positionally sound - manoeuvres. 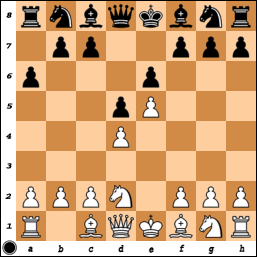 In this game, Black went directly for a trade of Bishops with 4 …Bd7 and 5 …Bb5.

The 'Super quartz grip' mentioned above is a particular pawn structure named by Hans Kmoch in underrated book, 'Pawn Power in Chess'. It has special relevance in the French Defence and Black is advised to take measures to avoid falling victim of the grip. 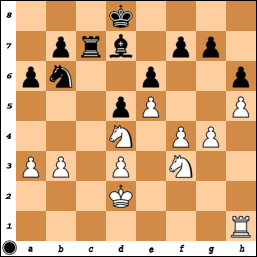 The super quartz grip in action. White has just played 25 h5 and with the extra space and potential for a breakthrough, stands very well.

At the very end there's a 'Summary' and some basic pointers towards the creation of a low-maintenance repertoire (from Black's point of view).

This DVD presents an excellent summary of vital strategical points, with good advice for both sides on what to play for and what must be avoided.

Players who aleady use the French Defence will find much of interest here, as will those who face it on a regular basis.

Incidentally, don't be fooled by the pictures on the back of the DVD case; they have somehow migrated from the next one on our list, which is...

This DVD addressed the problem of building up a new, main line 1 d4 repertoire for players who currently play the Colle and/or London System and the Torre Attack. Learning to play 1 d4 and 2 c4 all at once is a big task and GM Davies advises students to do it gradually, adding the main lines one or two at a time. He tells how GM Korchnoy looked at 10,000 games featuring 1 d4 to familiarise himself with the various patterns (in pre-ChessBase days!) but club players certainly don't have the spare time take that approach.

He starts off with little tasters of the Colle and related systems before highlighting some move-order issues which can be used to spoil the fun. For example, few Colle players will particularly enjoy seeing 1 d4 Nf6 2 Nf3 g6 or 2 …c5 appear on the board. So eventually it makes sense for the first player to take up some more testing lines.

The recommendation is still to start with 1 d4 and 2 Nf3, to cut down on some of Black's options, but to follow up with 3 c4. The defences covered are:

The emphasis is very much on strategical play rather than sharper paths. For example, against the King's Indian Defence, White is advised to try the Petrosian System. 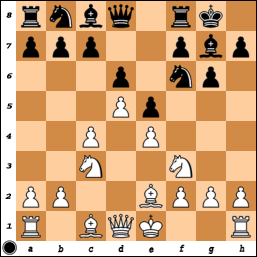 Keeping the repertoire simple and low-maintenance (in other words - avoidng the sharpest and most theoretical lines) allows other parts of one's game to develop, such as endgame skills. Thus the line against the Queen's Gambit Accepted takes the Queens off at an early stage. 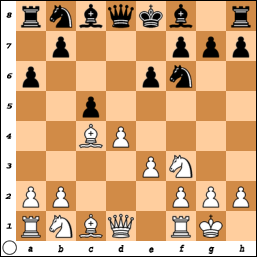 ...and now 7 dxc5, allowing an exchange of Queens.

All in all, this DVD gives a series of very sensible steps to a 1 d4 system player develop into a 1 d4 2 c4 main line player. It should appeal to club player who have found some extra study time and would like to use it to expand their opening arsenal.

"and for Black the lesser played 6 Bb5+ Bd7 is examined."

Does this mean that Trent examines the line from Black's perspective/ view towards Black's chances?

Thanks for answering Sean...keep up the excellent Blog!