It's Blockhead week here at Marsh Towers as we take a look at various aspects of the band's career.

Prior to the release of Same Horse Different Jockey - which will be reviewed here in full at the end of the week - The Blockheads released two albums of post-Dury material. Here's a quick look at those... 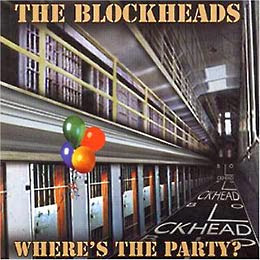 Funny Farm
My Own Rules
Mona
Feel The Funk
Bad Blood
Shut Up And Dance
Sometimes
Where's The Party?
Spread It
Work To The Bone
I Wish It Was The Days
Moving On
Just Another Story


Released in 2004, Where's The Party? is an album from a band going through a transitional phase. The songs span a number of different styles, some of which work better than others and as a whole it lacks a of shade of cohesion

Highlights include Funny Farm, Just Another Story and Mona. The first two, in particular, display the quirky lyrical nature of The Blockheads at their best, while Mona's bass riff plays to another great Blockhead strength.

Another highlight represents a pivotal moment in the band's post-Dury development: consecutive tracks Where's The Party? and Spread It both feature Derek Hussey on lead vocals. Suddenly, the final piece of the post-Dury jigsaw falls blatantly into place. Derek's softly-spoken delivery offers a warm counterpoint to the otherwise generally funky sound. Those two songs quite clearly point the way for the next album.

Songs from Where's The Party? are rarely played live; the material isn't as inherently strong as the best of the Dury years or from what was to follow, five years down the line. 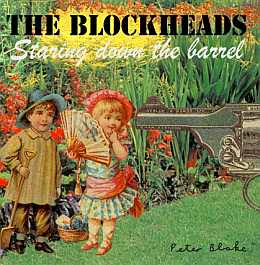 
2009's Staring Down The Barrel is where the new direction of The Blockheads all comes together.

When I saw The Blockheads live for the first time they were touring Staring Down The Barrel and the quality of the new songs took me aback. Derek takes lead vocals (and shares the writing duties) throughout the album, giving it a very cohesive feel. He has a vocal style of his own, which is an important feature (going with a Dury sound-a-like was never going to be a sensible option).

Several themes recur throughout the album, all anchored by the state of the modern world. Love of money, greedy bankers (not necessarily rhyming slang), social misfits and ecological disasters are all on the Blockhead agenda this time around, as is modern urban menace (as witnessed in the startling No Go Central).

As always with this band, the songs are all self-contained stories. One big difference between the two Blockhead eras manifests itself via the perspective of the 'narrator' of these stories; Ian Dury's anger and frustration often erupted from within, whereas now it's the outside world creating the confusion and chaos.

We have been waiting patiently for the follow-up. Same Horse Different Jockey has a lot to live up to. Find out in my review at the end of the week if it lives up to my expectations.

Head for the official Blockheads discography for a full listing and links to buy the albums from iTunes.
Posted by Sean Marsh at 09:17