There may some people who believe the Blockheads disbanded for good after the death of Ian Dury back in 2000. Not so; they have continued to write, release and perform ever since.

This week at Marsh Towers we are focusing on the post-Dury era of one of the UK's most consistently underrated rock 'n' roll bands.

First of all, here's a news item just in from The Blockheads themselves:

Do you want to get The Blockheads back into the Top 40 ?

On January 20th 2014, we will be releasing 'Boys Will Be Boys', as a download only single, with the 'Dr Rubberfunk' remix of 'Express Yourself' as a B-Side, along with a pdf booklet, and our very cool cover art... 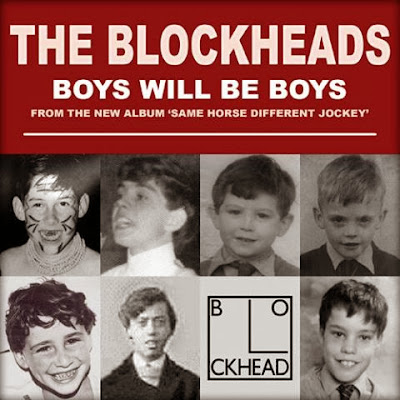 This is a campaign to get our single 'Boys Will Be Boys' airplay. 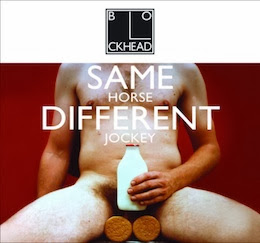 The cover art - by Sarah Lucas - is proving too controversial for comfort in some quarters. (I don't know who is posing there but clearly he needed plenty of bottle.) If one downloads the album from iTunes, the cover is rather different.

My full review of Same Horse Different Jockey will appear here at the end of the week.

If you can't wait for the review and would prefer to order the album immediately, then just head straight for the Block Shop
Posted by Sean Marsh at 01:31