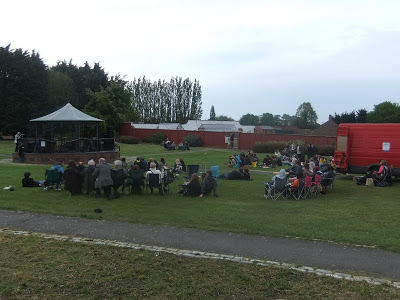 The highlight of the inaugural Walled Garden Festival was undoubtedly the performance of Bridie Jackson and The Arbour. As organisers and hosts, a strong sense of focus was required. It's never easy combining organisational duties with playing, but this quartet made it look easy. 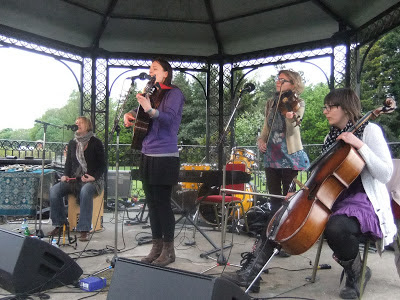 As usual, they played a very impressive set including their most recent single - Scarecrow - and their next one, a terrific new version of Prolong. (Incidentally, Prolong is one of a number of songs covered in our 2010 interview, which can be found here.) 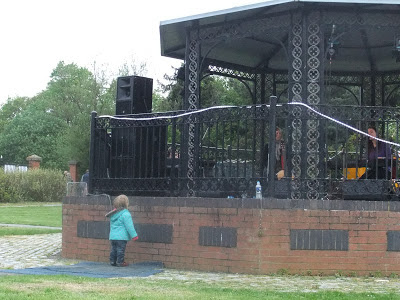 The festival crowd was fully focused on the performance. One young fan simply had to get closer to the music. 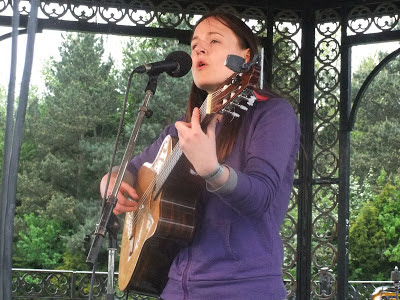 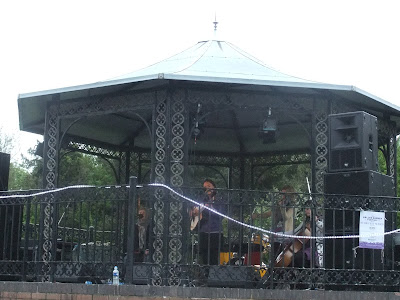 Early on in the set, a trio of ducks flew over the bandstand. They circled a couple of times before coming in to land. They then spent the remainder of the set pottering around near to the Arbour. Immediately after the performance, they flew off again. 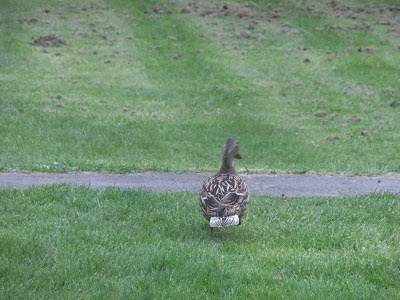 This all has a curious historical significance, for when I first met them, Bridie and The Arbour went (for one night only) by the name of Bridie Jackson and The Puddleducks. So in this way at least, things had come full circle after almost exactly three years. 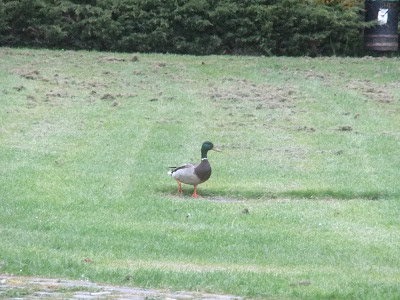 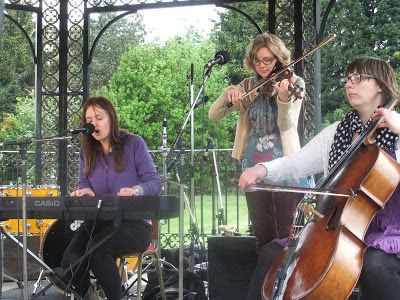 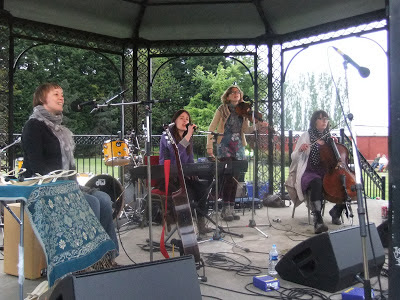 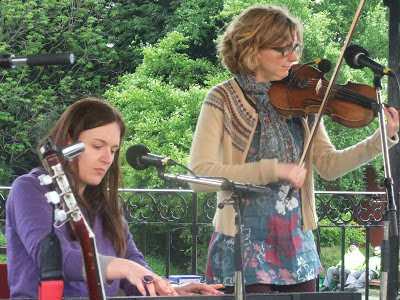 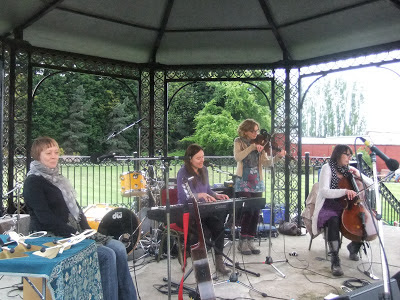 It was a top quality performance. Soon, Bride and The Arbour will be off to Glastonbury to take their unique music to a whole new audience.