John Turnbull, a Blockhead since the beginning, has just released a wonderful album of solo material.

In a world which, in some quarters, still lazily labels the Blockheads as ''punk'', it's clearly time to leave preconceptions at the door. 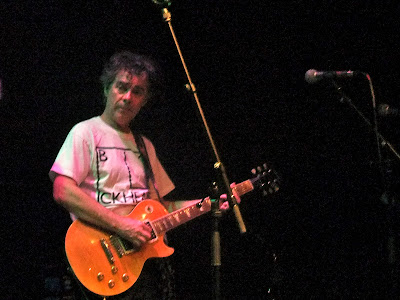 Quantum Frolics offers songs with a wide variety of sounds and styles (rock, folk, pop, funk), united by several central themes (varying from positivity, humour, the value of family and friends on the one hand to love lost and life's regrets on the other).

The scene is set by the first track, Don't Lose It. It's an optimistic, upbeat number; looking forward while keeping an eye on the past, as enunciated by the opening line: ''I'll be the catalyst to spark your evolution/I'll buy the ticket to holistic solution...'' Clearly harking back to a former time, the similarity to ''I could be the catalyst that sparked the revolution...'' from the Blockheads' What a Waste is no accident but this time personal evolution is the keynote as opposed to thoughts of revolution.

The diversity of styles heralds dedication from the listener. Every song tells a story, regardless of musical genre, but this not a CD to listen to just once or twice before moving on. After several plays, the melodies take a firmer shape and the independent messages emerge, loud and clear. For example, Blue Beat Saint is dark song (initially) disguised by jaunty music (Wiyos-style). The story is of a broken relationship:  ''It's gonna take a long, long time/For me to stop thinking you're mine...''
It's a clever song and the sentiment which emerges from the sugar coating will be familiar to most listeners.

Sweet Mary is the only song not written solely by John. For this one he is joined by fellow Blockhead Chaz Jankel for the funkiest track on the album (it wouldn't be out of place on Chaz's own album, The Submarine Has Surfaced). Chaz also lends his keyboard skills to Love and Magik.

Billynomates is the track closest to the current Blockhead style, invoking the social commentary of their most recent CD, Staring Down the Barrel, (and in particular a song such as George the Human Pigeon).

Road Rise, the longest track of the 12 (a little over six minutes) encompasses numerous topics; a spiritual and physical journey, passing comment on the modern world: ''If we go back before petrol and cars/Back to when you could still see the stars.'' Environmental concerns reappear in other tracks too, such as Natures Table and The Gods Are Laughing.

Brother Be Able is the only song from the album I'd previously heard; it's one of the two simplest of all the compositions (Live to Love being the other), a gentle, uplifting folk ballad. Have a listen for yourself...

Love And Magik brings the album to a very satisfying conclusion. It's such a wonderfully uplifting, spiritual (don't be afraid of it) denouement. The melody is the finest on the album and the song lifts the listener from the present, via its fairy tale beginnings (''When you wish upon a star...'') soaring through the ether and back down to Earth at journey's end.

John's musical versatility is confirmed by the credits; one would naturally expect vocals and guitars to be there, but also listed are keyboards, ukulele, bass, drums and harmonica. 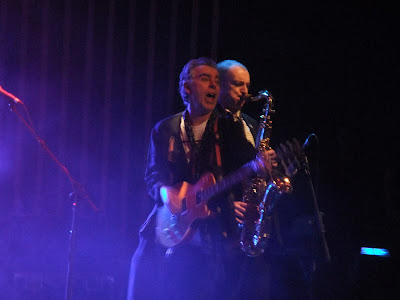 Quantum Frolics is available as a limited edition from Ebay. I'd advise an early purchase before stocks run out.

If schedules permit, an interview with John Turnbull may well follow here some time this year. Meanwhile, keep up to date with the Blockheads over at their official website.

My reviews of the Blockheads can be found here and here.