Guisborough Rhythm and Blues Festival
Part 2
Oli Brown
The first part of the evening's entertainment was provided by Oli Brown (not to be confused with Ollie Brown, a session musician who worked with many artists including the Rolling Stones). 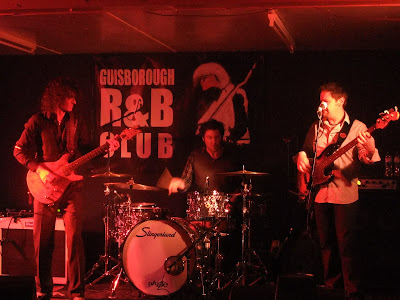 Oli seems to spend a considerable amount of time on the road. April had been full of UK dates and shortly before that he was in Germany for a month. 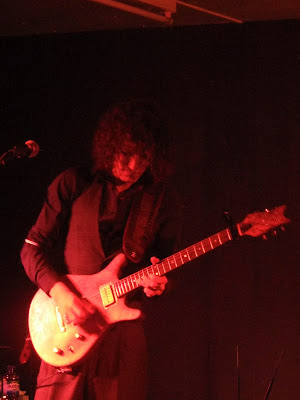 The reason for his popularity became apparent after just a couple of songs. Oli can play! 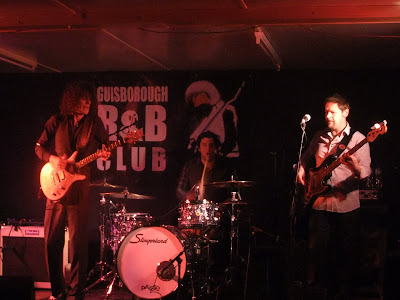 His latest CD, 'Heads I Win Tails You Lose', has been attracting very good reviews and I'm not surprised. How can one so young (born: 1990!) play and sing the blues so well? I don't know - but he is a class act. 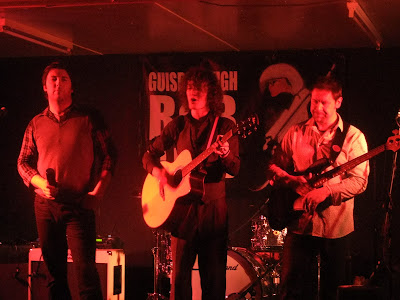 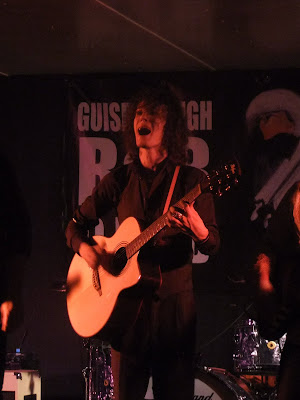 He has great stage presence and he knows how to work a crowd. Towards the end of the 90 minute set, he came down from the stage and slowly circled the room, allowing all and sundry a very close-up view of his accomplished guitar skills. 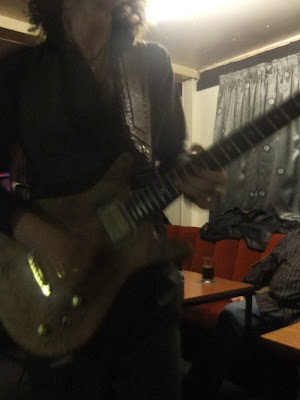 Then it was back on stage for a storming finale... 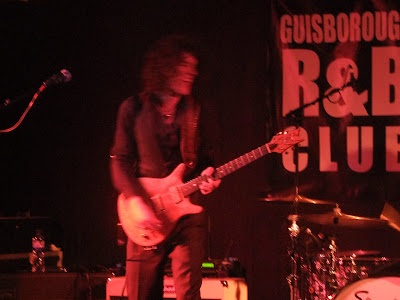 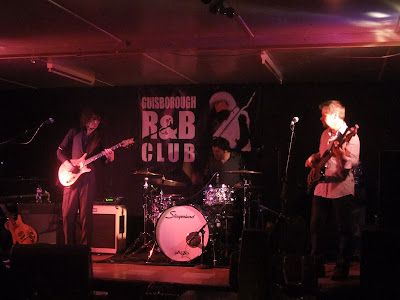 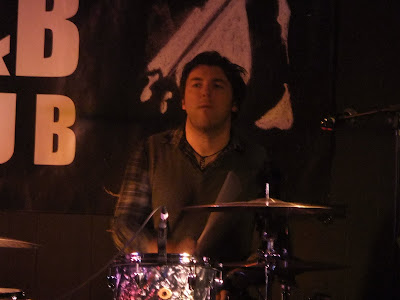 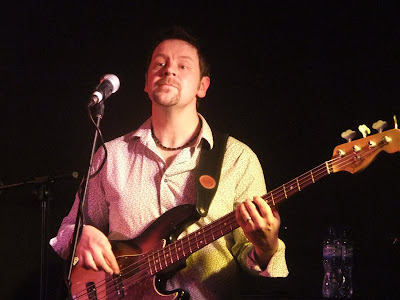 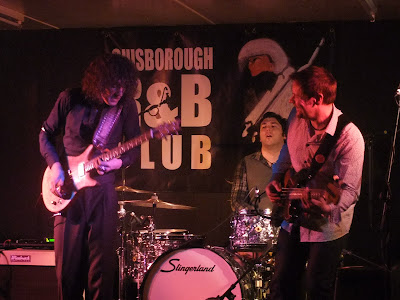 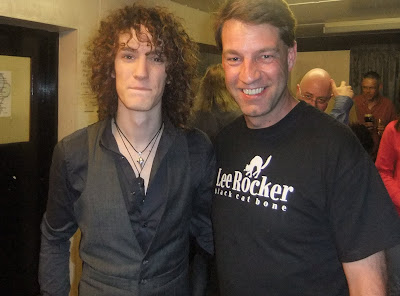 Oli was happy to do a post-gig meet and greet 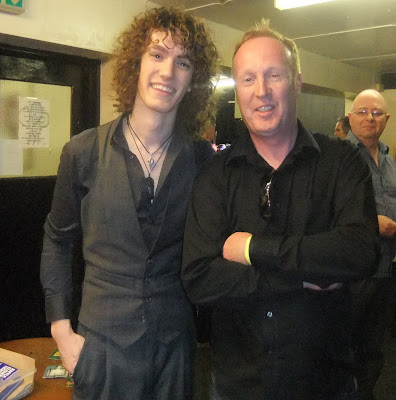 By now, Kevin was getting used to posing with the stars
For more about Oli Brown, please visit his official website. I'd recommend catching him on tour as soon as he come to town.
Part 1 of the Guisborough R&B Festival report can be found here.
Posted by Sean Marsh at 00:00