New year, new music. Time to push the boundaries out a little further again.
This week I'll be reviewing four new CDs which may otherwise have slipped under the general radar. Hillfolk Noir, Bridie Jackson and the Arbour and The Wiyos will all fall under the spotlight over the course of the next few days, but I'll start with a look at Bard.
Named after singer/songwriter Theo Bard, the folk group has just released a three-song sampler CD ahead of the launch of their full album. 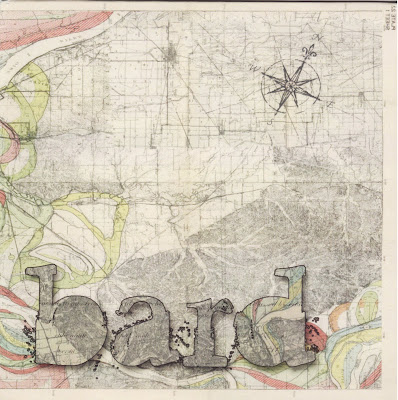 Rich in harmonies, the songs are very much in the traditional folk genre but with some surprising twists. The first of the three songs, 'Violets', starts off with a slow-building, almost simplistic combination of lyrics and structure but is suddenly elevated by the unexpected introduction of the clarinet, steering the song into a very interesting change of direction.
After a few more listens, it is definitely the combination of the clarinet and the more understated accordion, complimenting each other perfectly and adding a warm texture which consistently draws me into the songs and gives Bard a very fresh feel.
The second track, 'Beating of My Heart' starts slowly but soon explodes into action, becoming a real foot-tapper, again lifted by the clarinet(particularly the mid-song solo).
I found 'Born in London Town' to be the strongest of the fine trio of songs, with wistful lyrics, a sing-along chorus and bittersweet imagery of the capital.
Love, loss and personal history are the dominant themes across the three songs. I'm looking forward to hearing more of their material.
The full band line up is:
Theo Bard (vocals, guitar)
Ewan Bleach (clarinet, vocals)
Louisa Jones (accordion, vocals)
Nick Owen (percussion)
Jay Darwish (double bass)
The new album is all set to launch on 27 January as part of the famous Celtic Connections festival and a full tour is on the cards too. Hopefully I'll get the chance to see them live some time soon. 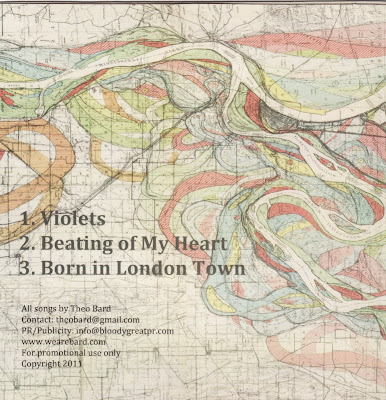 For further details, please pop along their official website and this page of the Brookfield Knights site.
Posted by Sean Marsh at 04:11