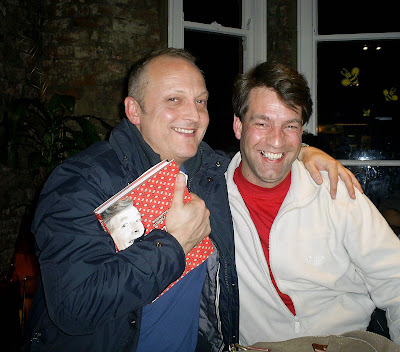 This was by no means the first David Benson show I have had the pleasure of watching
(see: http://marshtowers.blogspot.com/2009/02/david-benson.html ) and I can happily say, right at the start, that his usual high standard was definitely maintained.

He was joined by Stewart Nicholls on the piano (and occasional duet). Stewart, a member of the Noel Coward Society and clearly a great expert on the life of works of The Master, is also responsible for the newly restored version of the score for 'Sail Away'.

The show covered an excellent selection of material from all eras of The Master’s work, including: 'There Are Bad Times Just Around The Corner', 'Mad About The Boy', 'London Pride', 'Mad Dogs And Englishmen', 'A Bar On The Piccolo Marina' and 'Don't Put Your Daughter On The Stage, Mrs Worthington'.

Not all of the songs were from Coward's better-known works and it was good to see the inclusion of some from 'Sail Away' and 'The Girl Who Came To Supper'. The latter hardly ever gets a mention which is a shame as it contains some real buried treasure, such as 'Just People'.

Biographical snippets interspersed the songs; the audience may have known some of them prior to the show, but certainly not all.

Props included feather boas, a Joyce Grenfell straw hat (complete with exaggerated blond pigtails), a crown, a green carnation, a pith helmet (to enable one to go out in the midday sun) and even, for 'Three Juvenile Delinquents’, a hoody (the garment, not the wastrel).

The evening drew to a close with the fitting ‘I’ll See You Again’ and a semi-improvised version of ‘Nina’.

It was a thoroughly entertaining show and one I would definitely go to again if and when it returns to the North East. 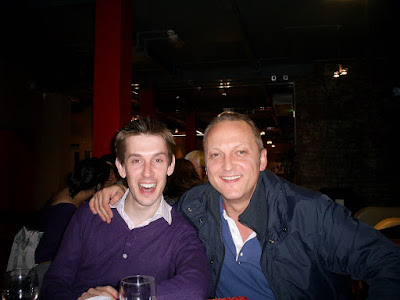 Stewart and David - clearly delighted to be in Darlington 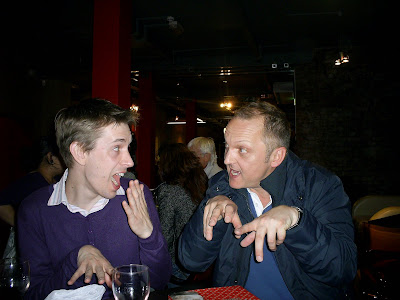 Stewart appears shocked by David's playing of the air piano 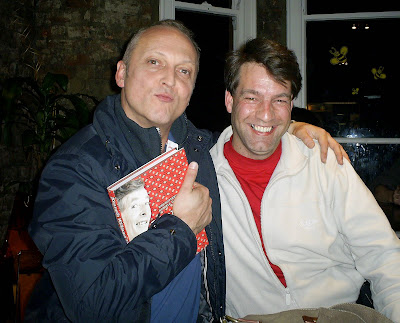 For further details of the two stars, pop along to:

For more on The Master, this is the place to go:

http://www.noelcoward.net/home.html
Posted by Sean Marsh at 08:18