Take a selection of quirky pop songs, mix well with a few slices of rock, add a dash or two of the blues and then give it a regular Squeeze. That should give you an indication of how Glenn Tilbrook's triumphant and uplifting solo show progressed last night at The Arc. 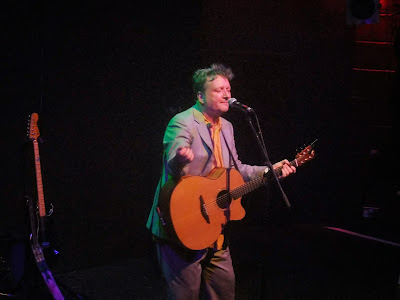 Glenn was in fine voice and his guitar playing was exemplary. The Squeeze songs brought forth the most vocal audience reactions, as one would expect, but the rest of the material was very strong too. There was a selection of songs from Glenn's latest album, 2013's Happy Endings (including Everybody Sometimes, Ray, Dennis, Persephone and Ice Cream) and some came from collaborative efforts, such as Best of Times, Still and Through the Net (from an album with the Fluffers), Ter-wit Ter-woo and Chat Line Larry (from The Co-Operative, with Nine Below Zero). 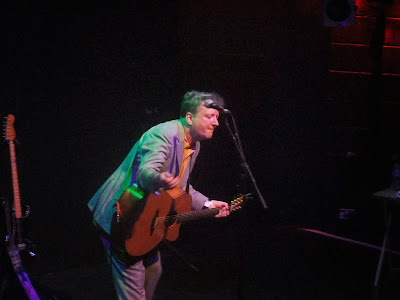 Squeeze songs naturally featured heavily in the set list and in the stage banter too. There was some reminiscing about the two Squeeze break-ups, a separate round of applause for band mate Chris Difford in respect of his songwriting talent and even news a new Squeeze album, featuring songs written for Danny Baker's forthcoming TV comedy/drama series. 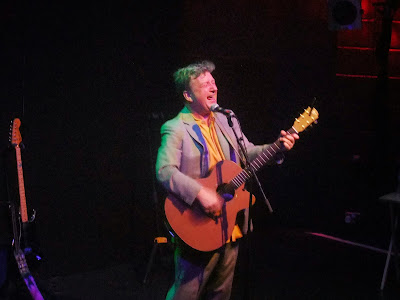 There was good interaction with the very appreciative audience. At one point Glenn leaned across from the stage to borrow a camera to snap a few 'selfies'. 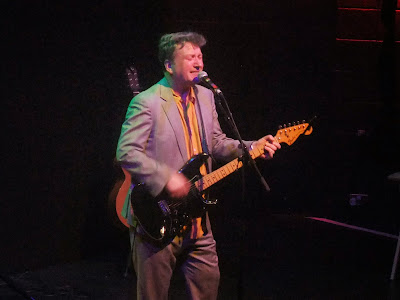 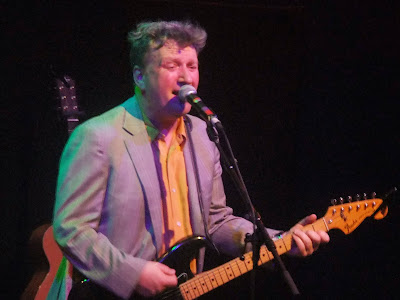 Annie Get Your Gun
Ice Cream
Pulling Mussels (From the Shell) 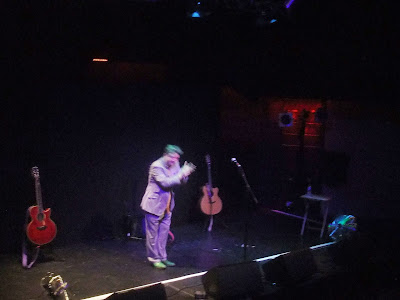 After 90 entertaining minutes, Glenn dashed from the stage to take his place at the merchandise stall, where he was happy to sign CDs and pose for photographs. I asked him if there was any chance of touring The Co-Operative album with Nine Below Zero and he said they were all keen to do something along those lines, so we'd better watch this space.

Incidentally, the merchandise stall was the most artistic I've seen this year, replete with coloured lights and fancy tablecloths! 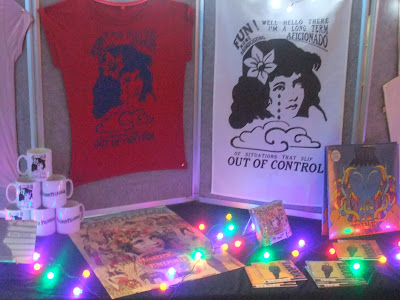 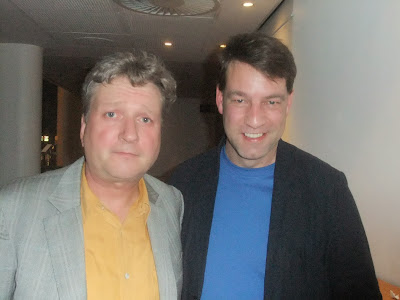 The Arc continues to impress with its ambitious bookings. Follow news of forthcoming events on their website.
Posted by Sean Marsh at 12:21