Time to round off the London coverage with another trip to 'Theatreland'.
To continue the Dickens theme, I was delighted to obtain a front-row seat for Simon Callow's one-man presentation of A Christmas Carol at the Arts Theatre. 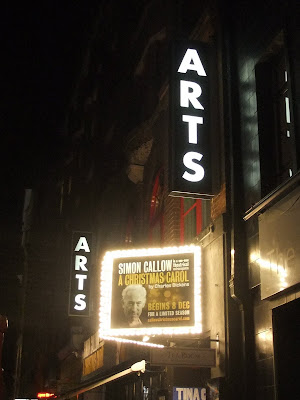 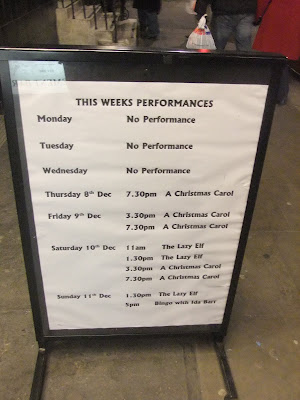 It was wonderful to see what could be achieved with the minimum of props and effects. There was the occasional use of a simple bit of back projection to set the mood and one or two chairs.
Other than that, it was all down to the powerful acting and performance skills of Simon Callow.
A Christmas Carol remains an exemplary seasonal story. This show was a real Christmas treat. 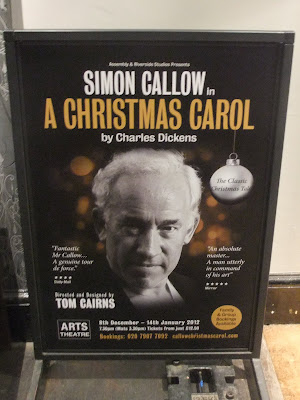 He has a book on Dickens due out early in the New Year. An essential purchase, methinks.
Next up was a trip to Islington for another very interesting and enjoyable show, this time featuring Suggs talking about his life and times at the King's Head Theatre.
The King's Head is actually a small pub. A door at the back leads to a very intimate theatre, limited to around 200 seats. 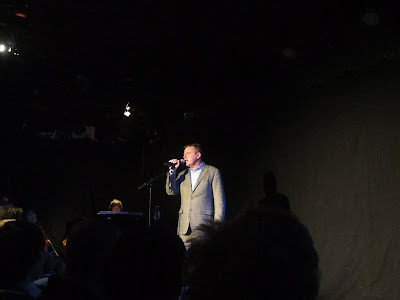 Suggs started his story with his 50th brithday. Everything seemed to be going well the day after that but then his favourite cat died and it started a process of reassessment for him. He made it his mission to find out more about the father he never knew. The narrative of the search then switches frequently to another strand, in which he reminisces about his musical progress from wayward band member (he kept missing sessions to go and watch Chelsea play and was consequently sacked, before being reinstated as the drummer) to his role as a key member of Madness. 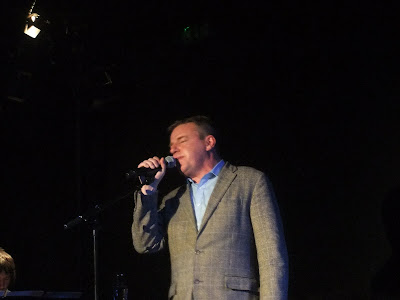 Occasionally, he would break into song, mainly to punctuate a moment in the story. For example, we had a quick burst of Baggy Trousers to commemorate his schooldays.
It was a very witty, moving and highly entertaining evening, enhanced further by the very intimate setting (I was in the second row, which was great, but I don't think there was a bad seat in the house). 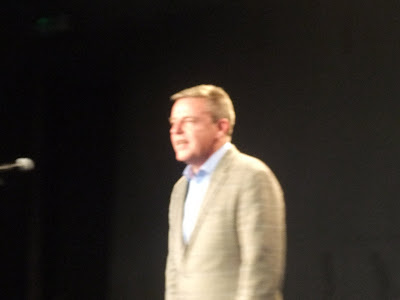 Suggs - My Life Story in Words and Pictures has just concluded a series of dates at the King's Head and is set to tour the UK in January and February. You don't need to be a Madness fan to appreciate the show; I think most people would enjoy it.
To round off the London visit, I'd chosen The Ladykillers at The Gielgud Theatre on the strength of the excellent reviews it had received. In contrast to the intimate nature of the two shows mentioned above, The Ladykillers was a full-cast affair. 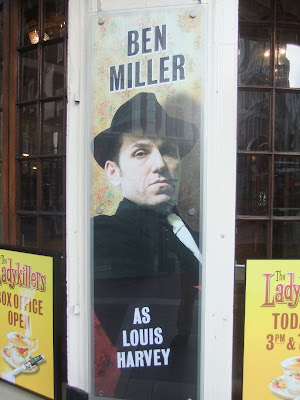 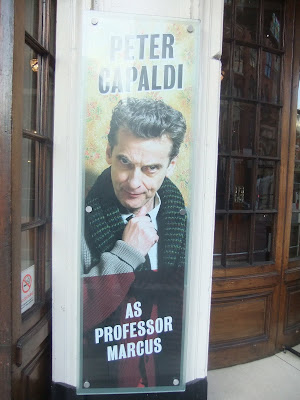 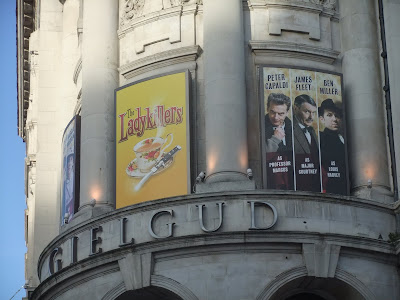 The set was amazing. For most of the evening it was the interior of a house, but there were some very quick swivels at key moments to show various exterior scenes.
I'm sure readers are familiar with the basic plot. Most will have seen the classic film. This version is excellent too, full of strong performances and laugh-out-loud moments.
Three very different shows - three sets of great memories. What to see next time, I wonder...?
Posted by Sean Marsh at 12:47