Hugh Cornwell at The Sage 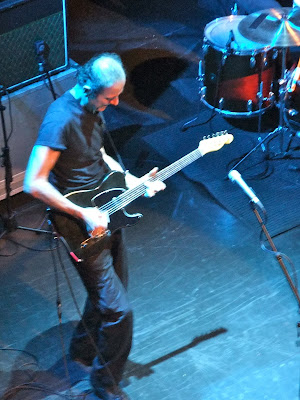 Hugh Cornwell
The Sage, Gateshead
7 April 2011
Former Strangler Hugh Cornwell was back in action at Hall 2 of The Sage earlier this month as part of his UK tour. 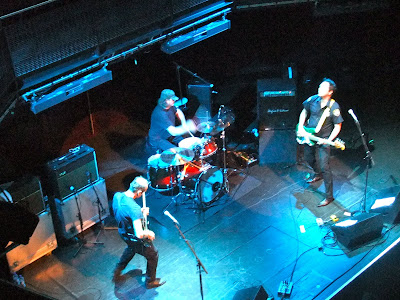 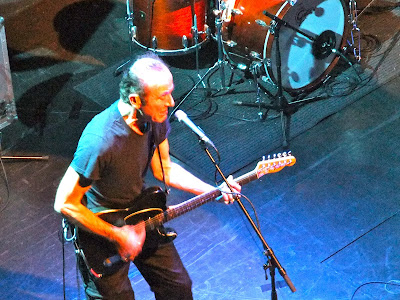 An interval followed; Hugh promised to return with some of the Stranglers' classics. Meanwhile, 'Brothers of Brazil' provided the mid-session support. 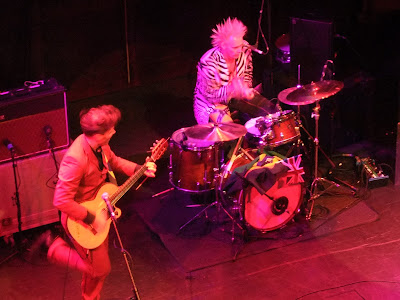 It was soon time for a few old Stranglers' numbers, starting with 'Toiler On The Sea'. 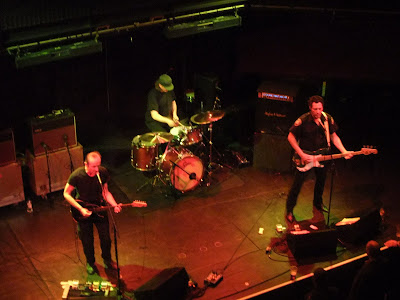 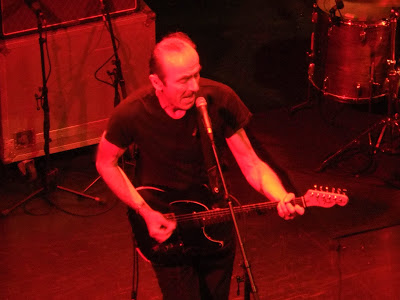 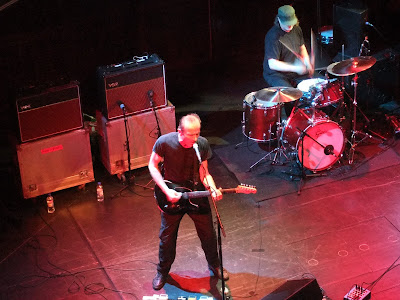 We were also treated to tracks such as 'I Feel Like A Wog', 'School Mam' and 'Bear Cage'. 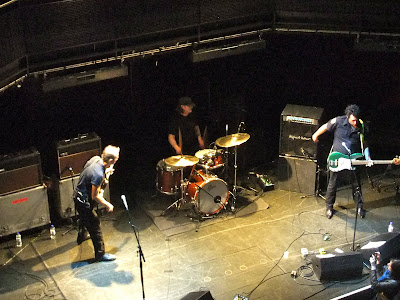 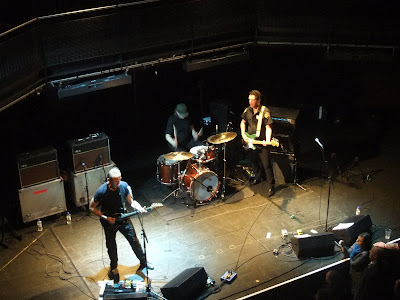 A good version of 'Walk On By' was one of the evening's highlights. The songs were partly chosen by a voting public. The desire of the voters to hear more obscure numbers resulted in a lack of some real classics ('Peaches' and 'Golden Brown' were notable absentees). 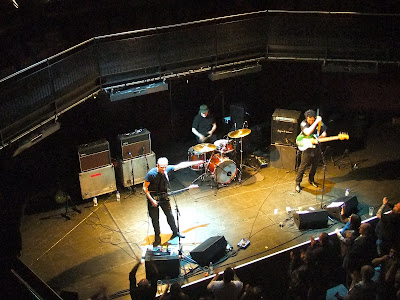 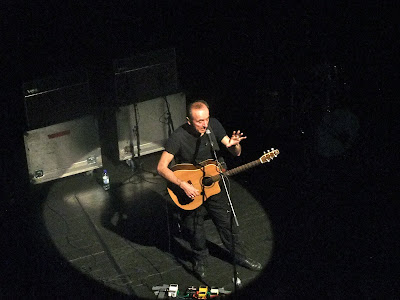 Banter to the audience included speculation as to whether 'Twatter' was a more adult version of 'Twitter'. In a further swipe at social networking, 'Facebook' was called 'Farcebook' due to its lack of total privacy ('What's wrong with email?').
There also a little swipe at his former band when he commented on the selection of 'Bear Cage' instead of the expected 'Down in the Sewer': '...I thought we'd do something else for a change; not like some other people I know' but he excused it as '...just gentle jibing'. Then: 'Enough of this tomfoolery. You've come here to listen to some music, haven't you? Well, you've come to the wrong place...'
This led into the encore, starting with a solo acoustic version of 'Midnight Summer Dream'. 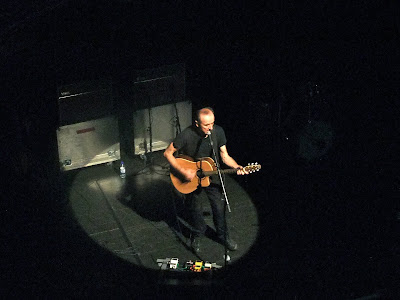 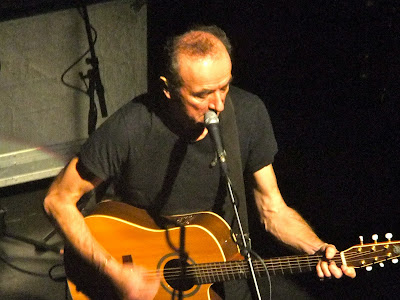 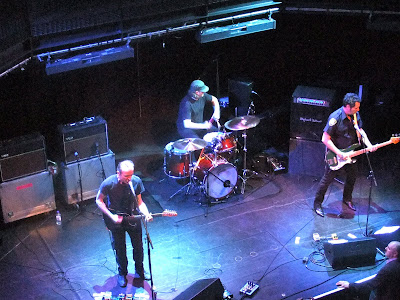 It was back to the full trio for 'Hanging Around', which brought the evening to a close. 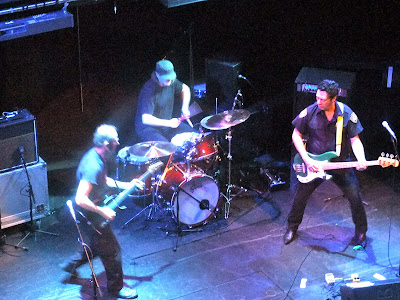 It was an interesting show. 'Guilty' is an album worth tracking down; the featured tracks came off better than some of those heard in the second half of the show. The sound was a shade on the murky side and the lyrics weren't always particularly clear but it was an enjoyable evening - not least because I met up with my cousin Robert for the first time in a couple of decades.
Hugh cam straight out after the show to chat and sign CDs. He was friendly and approachable. My sister Sharon saw him at a Canadian concert about a month ago and I mentioned this to him.
SM: 'My sister saw you in Edmonton a couple of weeks ago.'
HC: 'Eh? I wasn't there mate!'
SM: 'Yes you were - Edmonton...'
HC: 'No...'
SM: 'In Canada...?'
HC: 'Oh - Edmonton in Canada! Yes, I was there...I thought at first you meant the London Edmonton...' 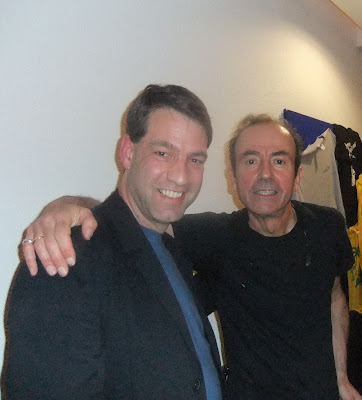 Keep up to date with the latest news and tour dates over at the official Hugh Cornwell website.
Posted by Sean Marsh at 10:33

In Edmonton (the Canadian one) he did a mixed set of new/Stranglers stuff and then after the break did the entire Rattus Norvegicus in order. It was an interesting idea but dragged a bit in the second half. We got some good classic Stranglers songs in the first half though (Golden Brown, No More Heroes, Always the Sun, Nice 'n' Sleazy...). During the second half he said "what comes next?" and someone shouted "Peaches" to which he replied "give that man a banana". Fun stuff!

I never understand why fan votes have to mean obscure stuff, is it just people being pretentious?

I think 'Rattus Norvegicus' is virtually full of classics but maybe he wanted to keep things fresh after just touring that album.

By the way, his 'Hooverdam' album is available as a free download on his site!

Oh - and I believe The Wiyos are touring Canada next; if they are near you, don't miss them!