You may have noticed as you go through life, that people have a curious habit of perpetually stating the obvious. Meet someone six foot plus and what do they say? ‘You’re very tall’. Come back from the barber and guess what the first thing you hear is? ‘You’ve had your hair cut’. Enter a building dripping wet and trying to place your sodden umbrella somewhere safe and someone is bound to ask, ‘Oh - is it raining?’

Over the last couple of years it has become an equally obvious statement to say ‘The Hawk is getting good.’

First, at York, The Hawk swooped and collected a share of second place.

Then he stunned the pack at the Cleveland Congress by sticking his claws into sole first place, with a grading performance of almost 220 - a magnificent achievement!

Not content with this, he went on to a good second place at the Darlington Rapidplay and an even better share of first place at the Doncaster Open.

Here’s a few snippets for you to enjoy…. 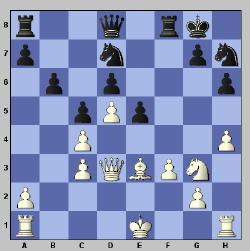 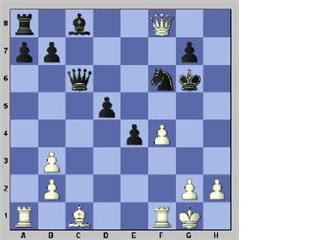 J. Hawkins v Maulinn
The Black centre pawns could become menacing but only if White fails to find….
20.f5+! Kh7 21.Rf4! Bxf5 Just three moves out of the book and it’s an easy win for White. Black has to shed material to stave off checkmate. 22.Qxa8 Qc5+ 23.Kh1 Qc2 24.Qxa7 1–0 Total devastation as The Hawk rips his prey to shreds.

The final round of the Cleveland Congress had a dramatic finish. So far, he had scored:
Round 1: Hawkins-Kinney 1-0
Round 2: Hawkins-Shaw 1-0
Round 3: Hutchinson-Hawkins 0-1
Round 4: Addison-Hawkins ½-½ 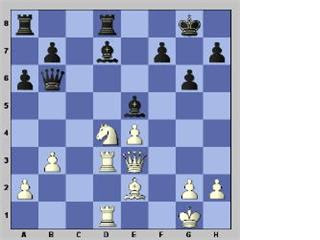 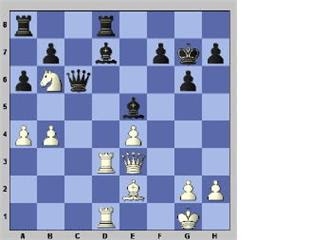 The Hawk’s best single result came in a key encounter on his way to success at Doncaster, against a very strong International Master. 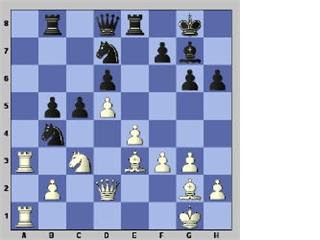 J. Hawkins v IM R. Palliser
After 21 moves of a typically lively Modern Benoni, White refuses to take the bait with 22 Bxh6? Bxh6 23 Qxh6 Nc2 and instead ensures a Knight fork is never available on his Rooks.
22 Ra7 Ne5 23 Bxh6 and he now considered it safe to do so, despite the activity of the Black Knights. 23 …Nc4 24 Qf4 Note the annoying attack on f7, which ensures White of an advantage. After a few more moves, The Hawk spotted a tactical way to wrap things up. 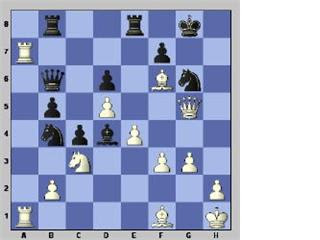 White’s advantage is beyond doubt, but not many players would find (and the confidence to play) the bombshell: 30 Nxb5!

Deflecting the Queen from protecting the Bishop (30 …Qxb5 31 Bxd4 and the dark squares are gone)
Destroying the Queenside pawn constellation (Bxc4 could happen in some lines).
Winning the d6 pawn (if Black plays 30 …Bxf6 31 Qxf6 Rf8 allowing 32 Nxd6)


The message is clear – beware of The Hawk!