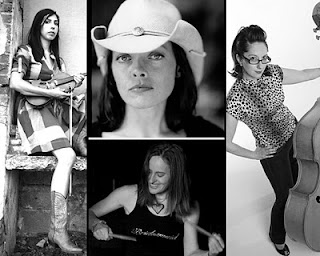 Rachel Lyn Harrington & The Knock Outs will be appearing at The Cleveland Bay (Yarm, Stockton-on-Tees, TS16 0JE) on Wednesday 28 March 2012, with support by Sara Dennis. 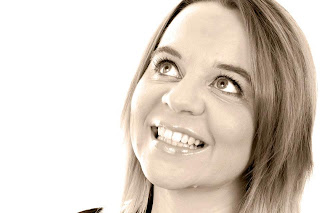 This event has been created - and is being promoted by - myself in conjunction with The Cleveland Bay.

After three critically acclaimed albums in a row, Seattle's country soul sensation Rachel Lyn Harrington heads for the hills with her 4th CD, a collection of all-new all-original old school country ballads, western honkytonk swing and early rock n' roll. She's wrangled up three other gals for this tour of Europe and the UK, the band comprised of bass, drums, fiddle and guitar. In addition to songs from the new album, the live show will also include a set of the girls' favorite country and rockabilly covers.


Rachel Harrington has toured tirelessly since the release of her 2007 debut, The Bootleggers Daughter (Four Stars, Mojo), her follow-up in 2008, City of Refuge (inspiringly original! Q), and 2011's Celilo Falls (Four Stars, Mojo, Q, The Irish Times). Shes played major festivals throughout Europe and the US, made three live appearances on BBCs legendary Bob Harris Show, and reached millions of listeners through airplay at Starbucks. A 2011 winner in Merlefest's esteemed songwriting contest (previous winners include Gillian Welch and Tift Merritt), this is Harrington's 6th annual European tour but her very first with a full band.

Not to be missed!

With support from Sara Dennis - one of the North East's most in-demand folk singer/songwriters!


Only 40 tickets are available and they are going to sell out, so please book early.