The Art of Bisguier
Selected Games 1961-2003
By GM Arthur Bisguier and Newton Berry
Russell Enterprises
Volume 1 of GM Bisguier’s chess memoirs appeared in 2003, published by 3rd Millennium Press. It seemed to have a small print run and is now quite tricky to track down. It’s good to see that his new book has been published by Russell Enterprises, thus ensuring a wider audience.
Newton Berry provides an excellent and informative introduction, stretching to ten pages. This gives an overview of GM Bisguier’s achievements and contributions to opening theory. The ghost of Bobby Fischer makes appearances throughout the introduction too; there are several comparisons between the two Grandmasters and their respective careers.
The main content of the book is split into years, all the way from 1961 to 2003. A short summary of the main chess events of each year starts proceedings and then it’s straight into the games themselves. Anecdotes about other great players abound; this is a book with a very human touch and a supporting cast of whole gallery of chess stars
Throughout the book, one thing is readily apparent: GM Bisguier’s love of chess far outweighs his love of ‘just’ winning games. The third game in the collection features the late, great Paul Keres. Praise for his great friend and rival takes up several pages. Bisguier beat him at Bled, 1961 but felt dissatisfied afterwards, regretting that he had not allowed Keres to show his best form.
‘I resolved never again to play so cautiously against him. So what if he out combined me at Tallin 1971, and went on to win the tournament? I had the satisfaction of letting Keres show me what he could do.’
Such an attitude is quite incredible for a competitive Grandmaster!
The anecdotes are by no means confined to chess. For example, I didn’t know that Gligoric was a jazz fan, Geller’s basketball skills earned him a reserve place on the Odessa team and that Stein enjoyed Westerns.
In total there are 100 selected games, featuring players from several different eras of chess history, including Bronstein, Spassky, Tal, Fischer, Karpov, all the way through to modern stars Kamsky and Krush.
The games are generally very fresh; the notes are light and chatty rather than being based on lengthy variations. 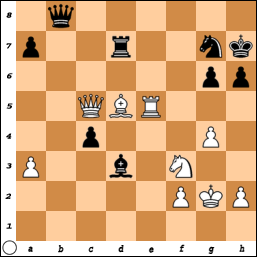 It wasn’t often a player could hit Tal with a tactic. White played 33 Bxc4! allowing the strong-looking 33...Rc7. The sting in the tail was 34 Bg8+! Kxg8 35 Qd5+ Kh7 36 Qxd3 with a sound extra pawn. However, he later accepted Tal’s offer of a draw despite the material advantage (there is a recurring theme in the book of Bisguier being rather too nice to make it to the very top of World chess).

From the point of view of the openings, perhaps his adoption of the Berlin has the greatest resonance today, given the fact that Kramnik used so effectively to bring down the final curtain on Kasparov’s reign as World Champion. Taking it up in 1961 just happened to coincide with the Berlin Wall’s construction, with President Kennedy promising to defend the worried Western side.

‘The joke going around the 1962-63 US Championship was that I would have as much trouble as Kennedy defending Berlin.’

However, both RFK and GM Bisguier went on to defend their respective Berlins admirably and there are several examples of the latter’s virtuosity in this book.

Endgames were a Bisguier speciality and he was more than capable of a bit of magic with very limited material. 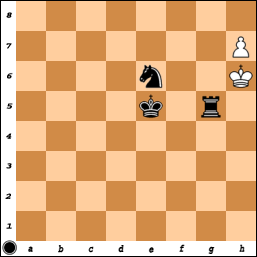 A number of excellent photographs augment a fine work. My favourite is the one on page 31, showing Euwe, Kotov, Geller and Bisguier analysing on a tiny pocket set, all with looks of intense concentration. This is chess from a bygone age (do Grandmasters still have pocket sets?) but it’s an age brought vividly to life. This is an excellent book. 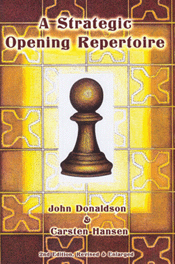 In his introduction, John Donaldson freely credits English Opening expert Carsten Hansen as being the main author of this second edition.

The repertoire begins with 1 Nf3. The backbone is the Catalan Opening (quite popular now thanks to the marvellous results of former World Champion Vladimir Kramnik).

The first six chapters cover The Closed Sicilian Reversed (various forms of the English Opening) and they are followed by sections on:

As the title of the book suggests, the recommended lines are of a strategical nature and the emphasis is much more on understanding the plans and strategies than on the memorisation of long theoretical lines.

The early chapters focus on White’s Queenside play in some common variations of the English Opening. 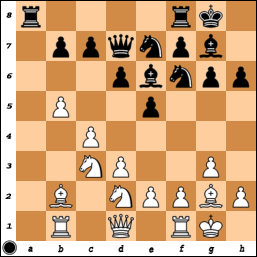 Mednis - Lehman
West Berlin 1983
This is fairly typical of the sort of position White is aiming for in the lines advocated in the book. White’s play is based almost entirely on control of the White squares. So much so, that in this game Mednis replied to 14…Bh3 with the exchange sacrifice 14 Bxb7!

Some of the recommendations may look a little tame on first impression. For example, the Queen’s Indian is met by the old-fashioned double Minor piece trade, resulting in this position: 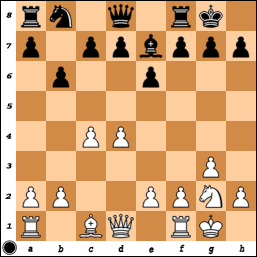 This is usually considered harmless but there is rather more to it than meets the eye. Classic games by Anderssen and Portisch suggest that Black’s margin of error is somewhat smaller than one would suspect. (Indeed, I had some success practicing this line against Fritz 11 using this book as a guide).

Getting into the recommended lines requires a certain accuracy in move order. For example, it’s no good heading for the Queen’s Indian via the traditional sequence: 1 d4 Nf6 2 c4 e6 3 Nf3 b6 4 g3, as 4.…Ba6 is beyond the scope of the book.

Despite the overtly positional manner of play, there are still plenty of tricks and traps which the reader must acquaint themselves with. The authors do a very good job in highlighting the dangers, including this one: 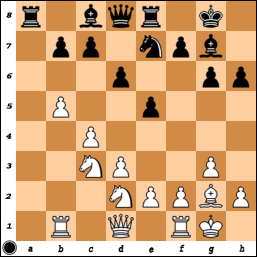 There’s lots of good stuff here and there’s no doubt about it: consistently employing the recommended repertoire will definitely lead to a better grasp and understanding of positional play. Just be a shade careful with the move orders. 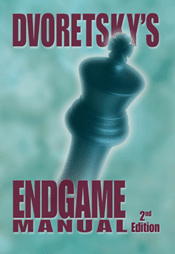 GM Mark Dvoretsky’s books enjoy an extremely high reputation. One of his undisputed classics has recently been reprinted. This year’s edition is the second printing of the second edition; the
first edition was (amazingly) relased back in 2003 .

The very basic contents are:

Each section is split into myriad subsections and all of the above categories are submitted to really through scrutiny. Excercises are given throughout the book to train the reader and further develop new endgame skills. These are often given without clues and hints; the student is fully expected to out in some serious time and effort.

'Endgame theory is not a complicated subject to study!'

'My own formal definition of ‘endgame’ is: the stage of a chess game when at least one side has no more than one piece (in addition to the King).'

So multi-piece endings, late middlegames and the lie are not included here (imagine how big the book would be if they were!).

‘Tragicomedies’ crop up throughout the book. These are vignettes featuring some of the strongest chess players making serious errors in the endgame. 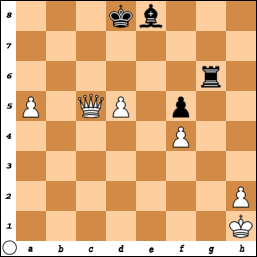 There’s an enormous amount of material packed into each chapter. The use of two font colours - blue and black - lifts the presentation and makes the material much easier on the eye. The most important information is given in blue; the black is used for the (considerable) extra material.

This is a scholarly and erudite work, but the sheer weight of material may be off-putting to casual or club players.

The depth of top-level chess can be extraordinary. The following endgame was a pre-game target. 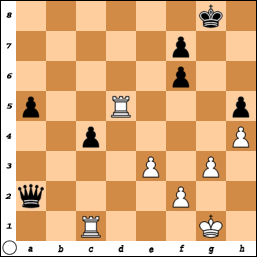 Chernin - Marjanovic
'It was the last round of the Interzonal tournament; Grandmaster Chernin followed my recommendation and employed a sharp line of the Queen’s Gambit that led to the diagrammed position if Black, a was the case, made a slight inaccuracy. I evaluated this position as winning for White when it was reached in analysis. Black’s pawns are isolated and weak; White consequently eliminates them by doubling he Rooks and switches to a Kingside attack thereafter.'
25 Rc5 1-0 (47)

Endgames can be very serious things; the reduced material gives a smaller margin of error than in a middle game and one tiny mistake can lead to an irretrievable disadvantage. However, there is still fun to be had, as seen in a battle between two of the greatest players of all…. 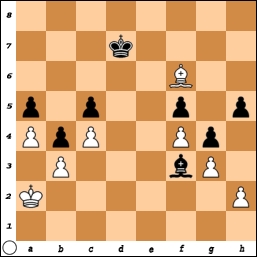 Chigorin - Tarrasch
Black has just played 37...Bf3. Chigorin offered a draw but Tarrasch declined. Chigorin then reached out and removed his own Bishop from the board, whereupon Tarrasch agreed to the draw after all.
Here’s a couple of randomly selected exercises, to give you a sample of the material.
As usual, I will refrain from giving solutions here (you’d only peep anyway). The game continuations can be found on most databases and for the full answers and explanations you should really buy the book. It will represent a fine investment and will grace your library. 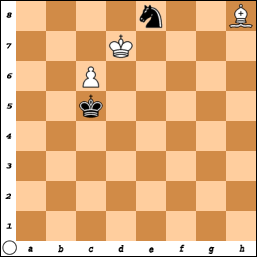 White to play. ‘What should be the result of the game?’ 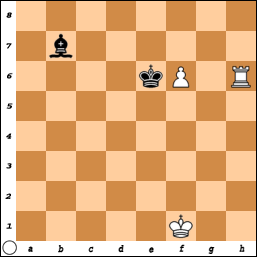 White to play. Trickier than it looks!

For more on books from Russell Enterprises, pop along to: http://www.chesscafe.com/

i had saved the link, but somehow lost touch for a few weeks with you, and came back today. wonderful. i love your blog. warmly, dk

Thank you very much for your kind comments.

There will be plenty more articles for you to (hopefully) enjoy and they will be coming thick and fast, so stay tuned!