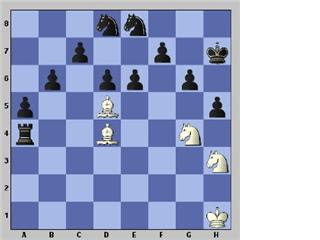 Are you sure that's the actual problem Petrov composed? I remember seeing this at http://www.chesscafe.com/text/skittles269.pdf and it's totally different there.

There does indeed seem to be some confusion over this; a google search produces both problems as 'the one'. I shall investigate further!